Google anticipates satellite connection for Android. Google Senior Vice President of Platforms and Ecosystems Hiroshi Lockheimer appears to have indicated that Android 14, the next version of the operating system, will be compatible with satellite communications, another leap in the industry trend to allow traditional devices to receive signals from Earth’s orbit.

In a Twitter post, Lockheimer noted that his team is working to enable satellite communications in the next version of the Android operating system. Google recently released Android 13 and is expected to launch a beta of version 14 in April 2023.

It’s amazing to think about user experiences for phones that can connect to satellites. When we launched G1 in 08 we pushed hard to get 3G + Wifi to work. We are now planning for satellites. Loud! I am thrilled to support our partners in enabling all of this in the next version of Android!

It is said that Apple is preparing a satellite messaging service with Globalstar for the iPhone 14, therefore ready to be unveiled as early as Wednesday, September 7 along with the iPhone 14.

Additionally, AST SpaceMobile aims to launch a phone-to-satellite service and has deals with various operators, according to when it reports Mobile World Live. Start-up Lynk Global expects to offer commercial services by the end of this year and to have signed with operators in Central Africa, Mongolia and several countries in the Pacific and Caribbean.

AT&T has also struck a deal with rival Starlink OneWeb to sell broadband services to businesses outside of its fiber network area, while Verizon plans to extend reach to underserved communities through a partnership with Amazon. 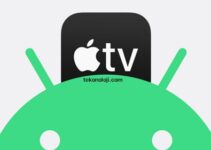