Google told some of its users that it somehow sent their personal videos stored in Google Photos to strangers. They wrote off everything to a mistake.

Some users have received email notifications from Google. They contain warnings about a “technical problem” that affected the Photo upload service from November 21 to 25, 2019. Since then, this error has been fixed, but despite this, trust has already been undermined.

A serious error has occurred in Google Photos

Google writes in a message that they have taken steps to prevent the recurrence of a similar error. Those who could receive videos and photos of other users were notified by email. The message looks like this:

In fact, a small number of users received personal videos that did not belong to them. Although Google does not indicate the number of users in its message. According to the 9to5 report, less than 0.01% of the users mentioned are affected. But Photos’s user base is huge (reportedly over 1 billion), so even a small percentage can be significant.

We fixed the underlying problem and performed an in-depth analysis to prevent this problem from recurring. We are very sorry that this happened.

Although Google apologized for the above error, the severity of the problem should not be ignored. It’s one thing to lose data stored in the cloud. But another thing is wrong to export them to a backup of strangers.

It’s possible that after this message we should think about where to store our photos and personal videos. Perhaps you know a good alternative to cloud services? Share your opinion in the comments. 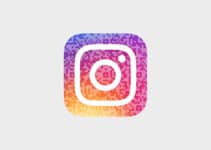