For a while, information sharing about the features of the iPhone 11 series smartphones has begun. The clearest information of smartphones will not use a new design. The camera section on the back cover will change. Switch to 3 rear cameras. Other than that, a change seems to be made. The specifications of the new smartphones are not clear. iPhone 11 Pencil coming.

Gradually, information on this issue began to emerge. Finally, it was claimed that iPhone 11 smartphones will come with smart pen support. Accordingly, at least one model of the series will have smart pen support. Let’s look at the details of the support that is likely to take place in the iPhone XL.

According to new supplier reports, iPhone 11 smartphones may include smart pen support. For this, Apple will not offer a new smart pen. For this, the brand’s second-generation Apple Pencil smart pens are claimed to think.

But let’s add that Apple didn’t give any clues and didn’t give any explanation. Of course you will be able to learn the details after the promotion in September as usual. I wonder if there will be any other surprises for the iPhone 11 pencil. 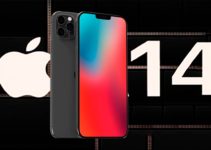