Compare iPhone 13 and iPhone 14. What’s the difference? There are many similarities, including phone lines. In addition to similarities, it has been announced by Apple that iPhone 12 and iPhone 13 mini versions will not be sold on the phone line. The camera bump on the iPhone 14 is expected to be slightly larger than the iPhone 13. Therefore, we may come across a device that will have a slightly thicker structure in terms of design. There are many differences and similarities like these.

Google is working on a new technology to improve night photos

Apple decided to remove the mini version from the line of phones due to poor sales of the iPhone 12 mini and 13 mini. Their place will be taken by the max-version of the smartphone. These devices will receive a 6.7-inch display.

At the same time, only Pro models will work on the new A16 chip. The company will equip cheaper models with the old A15 processor. Apple has never done this before. Due to other changes in smartphones, the standard iPhone 14 should still perform better than the iPhone 13, which uses the same processor.

In addition, the 14th versions of the iPhone will have increased battery life due to the improved 5G chip. It is based on TSMC’s 6nm process. Due to this, the chip will consume less power. It will also be smaller to make room for a larger battery.

At the same time, the entire line of 14th smartphone models of the company will support Wi-Fi 6E, the throughput of which is better than that of Wi-Fi 6.

A feature is expected in the iPhone 14 that allows you to send SMS and geolocation using satellite communications.

In addition, the phones of the new line will have the same design as the previous one. The iPhone 14 and 14 Max are expected to come in a variety of colors including black, white, purple, red, and blue. 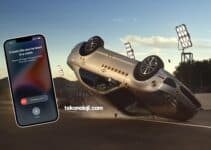 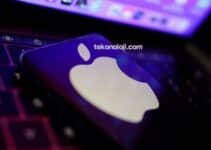