iPad 10 vs iPad 9, which one to choose? If it is true that more recent iPads correspond to more powerful and performing hardware, it cannot be excluded that the decides of the previous generation are to be discarded a priori. And in fact, in many cases you could choose to save, still enjoying really powerful devices, which are unmatched. Let’s try to understand if this theory also applies between 10th generation iPads and 9th generation iPads. In this article we explain the differences and recommend which one to buy.

While it is true that Apple usually makes few changes between one generation and the next, with iPad 10 this was not exactly the case. With the latest entry level tablet, in fact, Apple has chosen to completely overturn the aesthetics. 10th generation iPad is a profoundly different tablet from its direct predecessor. Just compare them, even when switched off, to notice the enormous differences.

iPad 10 eliminates the center home button, thus reducing the front bezels. It is a much more modern tablet than the ninth generation, still linked to the central button. TouchID disappears from the front. As in iPad Air and iPad mini, the fingerprint reader is now in the top button, the one that activates the screen. Apple for the first time introduces the camera on the long side. This, Apple says in its launch release, makes it easier and more convenient to record video for social media and FaceTime calls.

Also as regards the colors are totally renewed. If you are looking for more liveliness, the tenth generation iPad is the only possible choice between the two, because it offers exclusive colors, such as Pink, Blue and Yellow.

The screen is larger, at 10.9 inches, compared to the predecessor’s 10.2 inches, although the overall dimensions of the product are to the advantage of the 10-generation iPad, which manages to have a slimmer body. due to thinner bezels. And in fact, it is 248.6mm high, against the 250.6mm of the previous edition. The thickness is also lower on the new generation, 7 against 7.5 mm. The weight is to the advantage of the latest model, with 477 grams, compared to 487 in the ninth edition.

To sum up, the aesthetic side already provides the user with a great help in choosing: this time he will not be faced with two almost identical products, on the contrary he will have to choose between truly different decisions. There is no doubt that iPad 10 wins hands down compared to the previous edition: it is an all new tablet, closer to the style of the iPad mini 6 and iPad Pro, rather than the previous edition, which seems to have been wiped out.

As for the screen, there are important differences between the two models. As already mentioned, the diagonal is different. The tenth generation iPad, in fact, mounts a 10.9-inch panel, while that of the past generation stops at 10.2 inches. The more recent of the two mounts a Liquid Retina panel, while iPad 10.2 a Retina-only panel.

There does not appear to be any difference in brightness, as both provide a typical brightness Maximum (typical) SDR brightness of 500 nits.

Both of them, again, offer an oleophobic fingerprint-proof coating, both sRGB and with True Tone, to better adapt the color tone depending on the ambient light.

In other words, if for most of us there won’t be such clear-cut technical differences between the two screens, on the other hand the iPad 10’s definitely optimized bezels will make it stand out more than that of the previous generation. Also in this case, therefore, aesthetics seem to be the real plus.

Even if you look at the iPad 10 data sheet, you notice the boost operated by Apple. And in fact, while the most recent of the two tablets offers the A14 processor, the same one that apple mounts on the standard iPhone 14 series, the ninth generation iPad still boasts the A13 chip, which we remember belongs to the iPhone 11 generation, therefore a chip now. considered dated.

Certainly for moderate use it might not feel the difference, but an A13 chip in 2022 could start to struggle, especially considering Apple’s gaming department, which is becoming increasingly triple-A-oriented.

Even from the point of view of the processor, therefore, Apple provides a real reason to prefer the 10th generation iPad, compared to that of the past generation.

For lovers of numbers, iPad 10 gets a 20% increase in performance at the CPU level, while if we talk about Neural Engine, the stepping stone between one and the other marks a + 80% in favor of the latest model.

The iPad is certainly not the first device that comes to mind when it comes to taking pictures on the go. For this aspect we prefer to use a smartphone. However, there is no shortage of differences on the rear camera between the two models in comparison.

The front camera remains unchanged, which on both models is 12 MP with ultra wide angle, even if video calls are undoubtedly better on iPad 10. Note, however, that for the first time Apple has chosen to insert the Pad camera 10 on the long side, to favor activities during landscape use. Yes, because with the dedicated accessories, in particular the new keyboard, the iPad 10 practically becomes a real notebook.

The rear camera of iPad 10 has a 1.8 aperture, while iPad 9 is a 2.4. The difference between these two sensors is noticeable, the first of which is more performing, even in low light conditions. As for video recording, only the iPad 10 has video capabilities up to 4K at 25 fps, while the 9th generation iPad stops at 1080p recording at 25 FPS. If you choose the 1080p resolution on iPad 10 you can get to 60 FPS.

Slow motion is also more noticeable on the newer iPad, which allows 120 FPS at 1080p, compared to 120 FPS only at 720P on iPad 9. Even from this point of view, there doesn’t really seem to be a story between the two devices.

Also from the point of view of the networks we are faced with two different generation tablets. And in fact, the option with 5G is available on the iPad 10, while the previous Apple tablet stops at 4G technology. This could be a marginal difference if you opt for the WiFi model only, while those who choose iPad with data connection can only take this huge difference into consideration.

In reality, even the WiFi model alone marks a huge difference between the two: the newer of the two, in fact, offers support for Wi-Fi 6, which translates into faster downloads, up to 1.2 Gbps, while iAd 9 does not support WiFi 6, with slower download speeds, up to 866 Mbps.

Both tablets support first generation Apple Pencil. To tell the truth, this support does not at all honor the 10 generation iPad. Not only could support be expected for the latest Apple Pencil, but this type of support seems to be completely out of tune with the connectivity of the tablet. And in fact, Apple Pencil has a Lightning connector, which perfectly matches the input of iPad 9, while iPad 10 offers the new USB-C. This means that in order to recharge it you will need to purchase a special adapter. Really a little drop in style. After all, Apple wanted to keep support for Apple Pencil 2 only on iPads that have a higher price list.

It must also be said that, in terms of accessories, iPad 10 offers a new Magic Keyboard Folio. It is a cover with a built-in keyboard and trackpad. A solution certainly more complete than the iPad 9 Smart Keyboard, which instead has no trackpad and is certainly more uncomfortable for typing texts.

The user pays 150 euros more for a completely new tablet, with a modern design, with much more optimized frames. The value is also justified by the presence of a new processor on iPad 10, the new rear camera, the support for faster WiFi.

The price difference is accentuated a bit if you move away from the official price lists and look for a cheaper street price. In this case, for example on Amazon, iPad 9 is found at 359, while iPad 10 is found at 585. On eBay, however, the difference between the two returns to the levels of Apple’s. So, even if you want to rely on eBay for the purchase, rather than the individual offers found in physical stores, the gap between the two never becomes so important as to justify the purchase of iPad 9: the advice is always to aim for the latest model released.

Which one to choose?

At this point you will have understood that the advice in general is to buy iPad 10. There are too many differences compared to iPad 9, and the price difference between the two, of about 150 euros, although important, does not seem to justify the savings. Anyway…

In short, you will have understood, our belief, at least for this comparison, is to the full advantage of iPad 10. Very often we also recommend saving money by purchasing the older product, but this time there seems to be no reason to do so. Of course, we could recommend iPad 9 only in the case of an offer that leads to a price difference of over 250 euros, but at the moment there does not seem to be this possibility: although you find an offer on iPad 9, by browsing the net you will find one. really advantageous even on iPad 10. 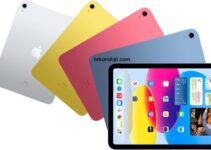 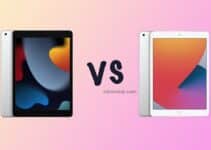