Apple has released the iOS 12.5.6 update for older iPhones

The initiative should initially involve the United States, Canada, the United Kingdom, France and Germany, and subsequently other nations. The plans at discounted prices but with advertising will arrive before Disney + Basic, the new type of ad-supported subscription provided by the Walt Disney Company, with prices that in the US will start at $ 7.99 per month (what is currently required for access to everything the catalog without advertising but the cost of the traditional subscription will go up to $ 10.99 per month).

Netflix did not comment, and a spokesperson for the company merely told Variety that it is still early to release communications and that final decisions have not yet been made regarding ad-supported pricing and plans.

The two sites mentioned above still report ongoing discussions between the streaming service and advertisers, with the aim of signing the first contracts before September 30, in view of the November launch: Netflix aims to 500,000 new subscribers with the new offer by the end of this year. Two Snap executives were recently enlisted for the purpose.

Rumors report that the idea is to show ads 15-30 seconds before and during the playback of certain series, for a maximum total of 4 minutes (against the 18-23 minutes of advertising that users have to put up with media in the US when watch cable channels). For films, the passage of the commercials would only take place before the airing of the content. The frequency with which you will see the same ad should be lower than traditional media usually do, which focus on ads broadcasting at the same times, several times a day.

Interesting is the possibility for advertisers to choose the target taking into account, for example, the rankings of the most viewed shows, genres (comedy, drama, etc.). At the moment it does not seem to have been designed ads that take into account age, gender, displayed content, but obviously these precious elements could easily be resold to advertisers. 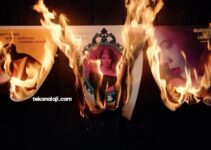 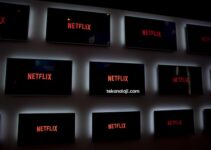